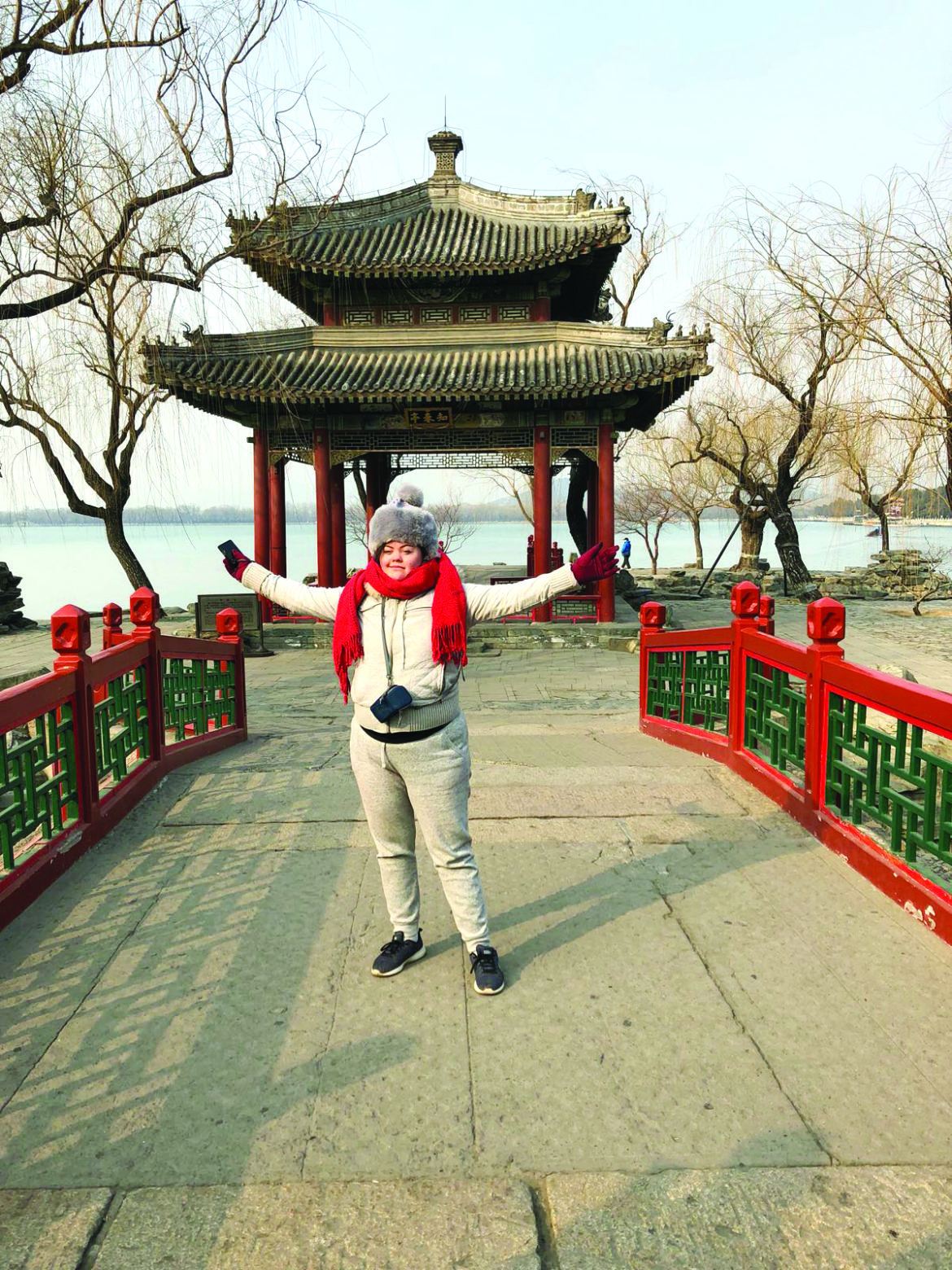 Audrey O’Connor is an actor, screenwriter and film-maker. Her creative passion for film-making and writing matches up with the thrill she finds while travelling – which has inspired her advocacy for the rights and representation of people with disabilities.

When we caught up with Audrey to talk all things film-making and travel, she was featuring in the Melbourne International Film Festival, working on a play and had just finished shooting another film.

“It is called See Me,” says Audrey, of her latest project with inclusive production company, Bus Stop Films.

“I was actually the inspiration for it. The director, Genevieve Clay-Smith [founder of Bus Stop Films] wanted to tell my story; she was quite interested in seeing it come to film. It was based on my experience of being at school and being bullied – about being isolated and being invisible.”

Now a dedicated advocate for the rights and representation of people with disabilities, Audrey is anything but invisible.

“I’m tired of people mistreating people with disabilities. We should have the same rights as everybody else. We want to be seen and heard.”

You might recognise Audrey from her role in Not a Wallflower, which featured at the 2020 Melbourne International Film Festival. In fact, her first film, Yolk (2007) was nominated for the Berlin Film Festival. Audrey was just 15 at the time, and loved the chance to travel abroad.

With family living interstate and overseas, Audrey is no stranger to long-haul travel. When it comes to travel highlights, she speaks fondly of spotting bears beside her bus in Canada and seeing the Sound of Music stage show in New York City.

“I like to travel because I like to meet new people and go to different places,” she says. “There are always new discoveries.”

Audrey has crossed off her bucket list the likes of Disney World, Alaska, Fiji, South Korea and Cambodia.

“In Cambodia it was stinking hot – I had a lot of showers!” Audrey laughs. “We stopped in Phnom Penh first – that part was like a relaxing holiday. When we went to Kampot, we did some workshops with another drama group over there, like a cultural exchange. It was amazing.”

Family and friends are a powerful draw-card for Audrey, who often visits her brother in South Korea and sister in Melbourne, and has a soft spot for the Gold Coast.

“I’ve had a lot of good times there, being with the family,” she says, of the Gold Coast and its theme parks.

“I mostly [travel] with my family, but I’ve been starting to do independent travels.”

Closer to home, here in Sydney, Audrey recommends checking out the Opera House and spending time wandering the city.

“The city is a nice place to walk around and do some shopping.”