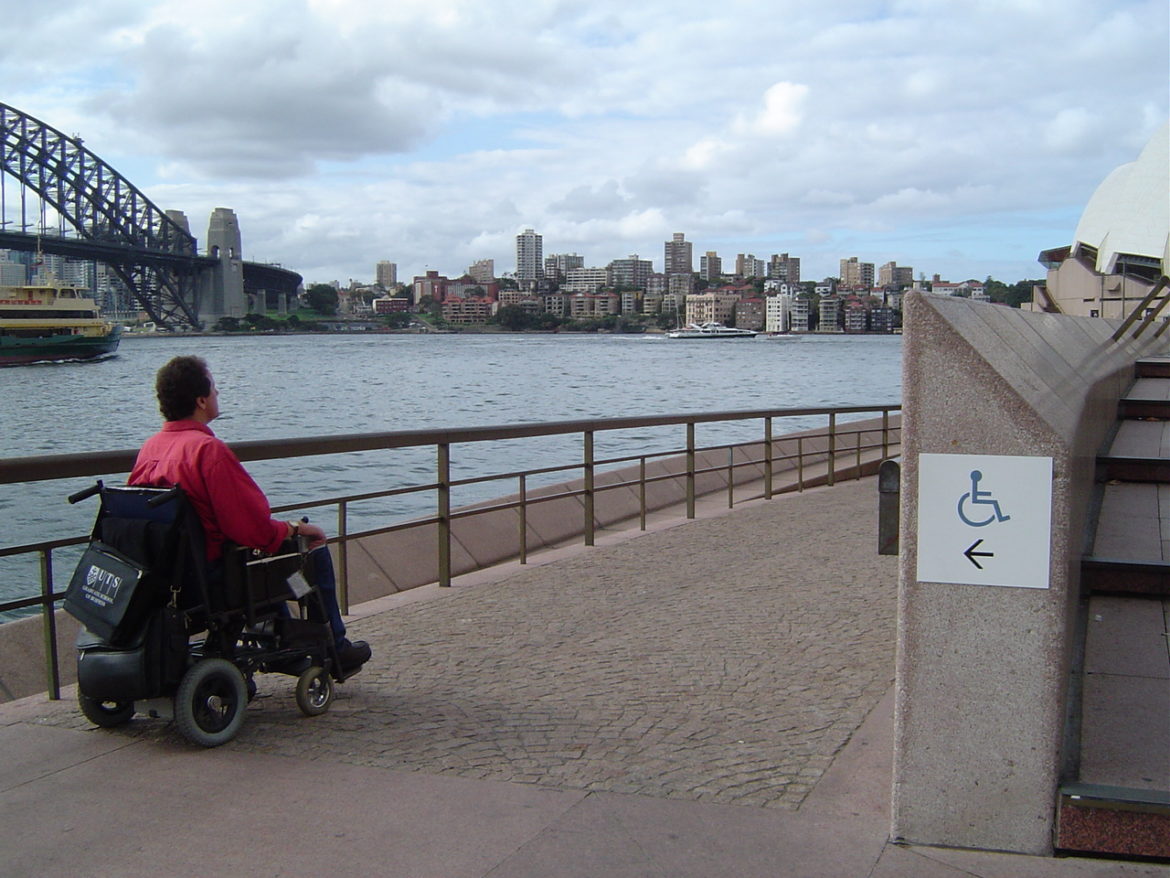 When it comes to commenting on accessible tourism research and practice, few are as qualified as the Australian academic making travel more accessible, Professor Simon Darcy. Feathers in his cap include the first major Australian study into accessible tourism in 1995, extensive work with organisations as lofty as the UN World Tourism Organisation and, more recently, reports on employment and entrepreneurship in the disability sector. As an Australian academic of high standing in his field, an environmental planner, an accredited access auditor and a power wheelchair user, Simon Darcy is in a unique position to shed light on the obstacles that exist in mainstream tourism for people with disabilities.

“I’m a person with a disability who didn’t used to have one until an accident,” says Simon. “After I acquired my spinal cord injury, I found out how much more difficult travel was for people with disability.”

According to Simon, the industry’s issues spring from misconceptions about disability.

“When we look at what makes something accessible, it is radically different for disability type and level of support needs,” he says. “[It is about equipping] the industry with the understanding that accessibility is not a single provision. It is a series of opportunities for the tourism industry to understand people’s tourism needs through their embodiment.”

This emphasis on embodied experience is important to Simon. He references tourism theorists like John Urry, who criticise the industry’s focus on the ‘visual’, and champions what is known as an ‘experiencescape’ or ‘sensory scape’. This means thinking about tourism not just through sight but also through tactility, aroma, audio and so on. Tourism destinations are made up of all the senses and of embodied memories. An experiencescape might include audio or Auslan interpretation, an immersive Virtual Reality experience, an interactive museum exhibit and of course great food, wine and song.

For some venues, it is as simple as being open to change and understanding what can be adapted to make travel more accessible.

“Until recently, we were still having trouble getting reasonable levels of access at the Sydney Opera House”, says Simon, by way of example.

“Now, it’s really one of the world’s leading cultural institutions on inclusiveness, from high-level performance in the visual and performing arts, through to the children’s programs they run. A cultural change occurred there … to make it understood that it is the whole organisation’s responsibility to provide an equality of experience. It is about being interpretive, innovative and considering reuse and upgrading facilities, not just as built environments but also as information communication technologies.”

Simon affirms that there is a lot to be optimistic about. Much has changed since he first began his journey in travelling and in Australian academia, when there were only four accessible rooms in the whole of Sydney with a harbour view.

“It is no good saying Sydney is a wonderful accessible destination because it is not,” he says. “But there are pockets of Sydney that are extraordinary.”

The attractions sector in particular have innovated their approaches to customer service, with venues such as SEA LIFE Sydney Aquarium and Sydney’s Qudos Bank Arena catering to those across all abilities.

“We’ve got a lot of good accessible products”, says Simon, “but we don’t really have an overall strategy to promote them. We need to recognise accessible tourism as both a market and part of every market segment. People with disability travel with their family and friends, just like everybody else.”

Simon, together with hundreds of academics and experts from around the world, has recently contributed to the development of the International Standards Organisation’s Tourism for All Accessible Tourism standard. This is one step toward the industry-wide recognition of all aspects of accessible tourism – including built environments, transport, attractions and marketing – and will help make travel more inclusive sector-wide.

“This is the first time we will have a global approach to most things in the value chain around accessible tourism”, says Simon. “That’s a big effort.”

It sure is. The transformation that has already occurred in Australian tourism is the result of the efforts of many, from researchers, policy makers, planners and all the enterprises that make up the tourism industry in Australia. The fight to open up travel for people with disabilities, through research, education and advocacy, is not one Simon and others like him are likely to give up any time soon.

We mined Simon’s extensive knowledge of top tourism precincts around Australia to find out some of his favourite activities.  “They can’t all be done for all types of disabilities, but they certainly cater to a lot of people”, he says.