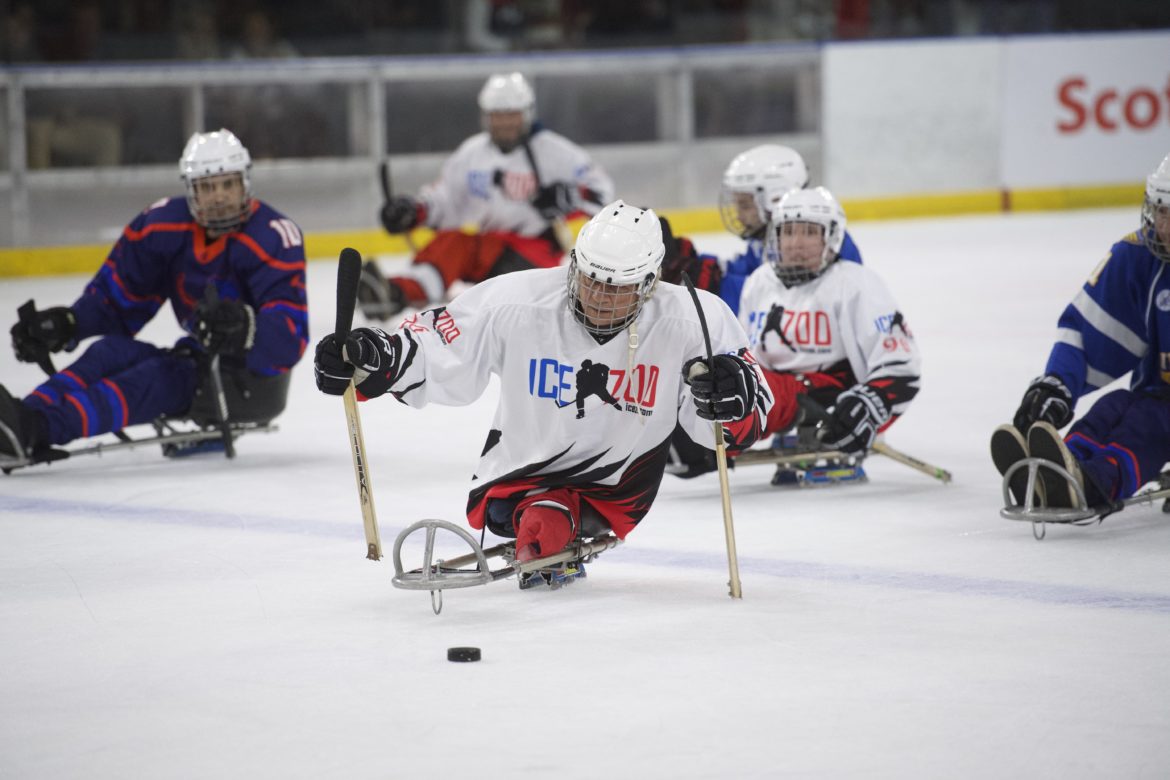 Everything You Need To Know About Para Ice Hockey

Skating on thin ice? No way! Kelvin Mickelson tells Julie Jones all about Para Ice Hockey, an amazing inclusive sport everyone should try.

In 2015, Kelvin Mickelson was gifted a Para Ice Hockey sled from British Columbia Hockey Club during a trip to Canada. Playing with the sled on a frozen lake at Vanderhoof, in northern British Columbia, Kelvin decided this sport had to be  brought to Australia. Once strapped into the sled, Kelvin understood how this sport was the epitome of ‘inclusiveness’. People with and without a physical disability can participate together.

What is Para Ice Hockey?

Para Ice Hockey, previously known as Sledge Hockey or Sled Hockey, is a sport that was designed to allow participants who have a physical disability to play the game of ice hockey. It was invented in the early 1960s in Stockholm, Sweden, at a rehabilitation centre. It debuted at the 1994 Winter Games in Lillehammer and is currently one of the most popular sports in the Winter Paralympic Games.

How does Para Ice Hockey differ from hockey?

The game is similar to hockey in that each team has a goalie, two defenders and three forwards.  Players manoeuvre themselves around the ice by using two sticks. The adult sticks are about a metre long and have spikes on one end and a blade at the other end. Players use the spikes to dig in and propel themselves along the ice, and the blade end is used for hitting the puck.

Who can play Para Ice Hockey?

This is an inclusive sport for both able-bodied participants and those with a disability. It’s suited to people aged six and up of any gender.

Most participants are able-bodied or have lower limb disabilities such as spina-bifida, amputation or paraplegic. Many able-bodied players are middle aged individuals who are looking to play a sport that doesn’t require running. Para Ice Hockey allows them to still play a sport and enjoy the social and health benefits associated with a team activity.

The social benefits of this form of equal inclusion cannot be under-estimated. Para Ice Hockey provides more than the most popular Winter Paralympic sport, it is a team sport that develops skills like teamwork, goal-setting, and pursuit of excellence necessary for success in the workplace.

There is a sense of camaraderie, a sense of belonging and accomplishment that comes from being part of a team.

When does the Para Ice Hockey season run?

In Queensland the season runs from the end of February through to the beginning of December during business hours. This timing is due to limited ice rink facilities – not only in Queensland but throughout Australia.

We often host ‘come and try’ events in areas including Townsville, Brisbane, Gold Coast, and Sydney.

Are there other Para Ice Hockey teams in Australia for recreation?

As present, there are clubs in Brisbane, Melbourne, and Perth, along with groups in Sydney and Adelaide.

What’s the future of Para Ice Hockey in Australia?

Para Ice Hockey QLD (PIHQ) will be leading a push for Australia to send another men’s team to the World Para Ice Hockey C-Pool competition in 2022 and a women’s team is being considered to compete at the same time.

PIHQ has been working with a number of organisations including the Beerwah Men’s Shed, on a wheeled version of the sled. This will enable us to showcase and promote inclusion of the sport to schools and communities without the need for ice.

Julie Jones is the creator of Have Wheelchair Will Travel, freelance writer and mother to Braeden who lives with cerebral palsy and her teenage daughter Amelia.

Hoisting made easy with Patient Handling