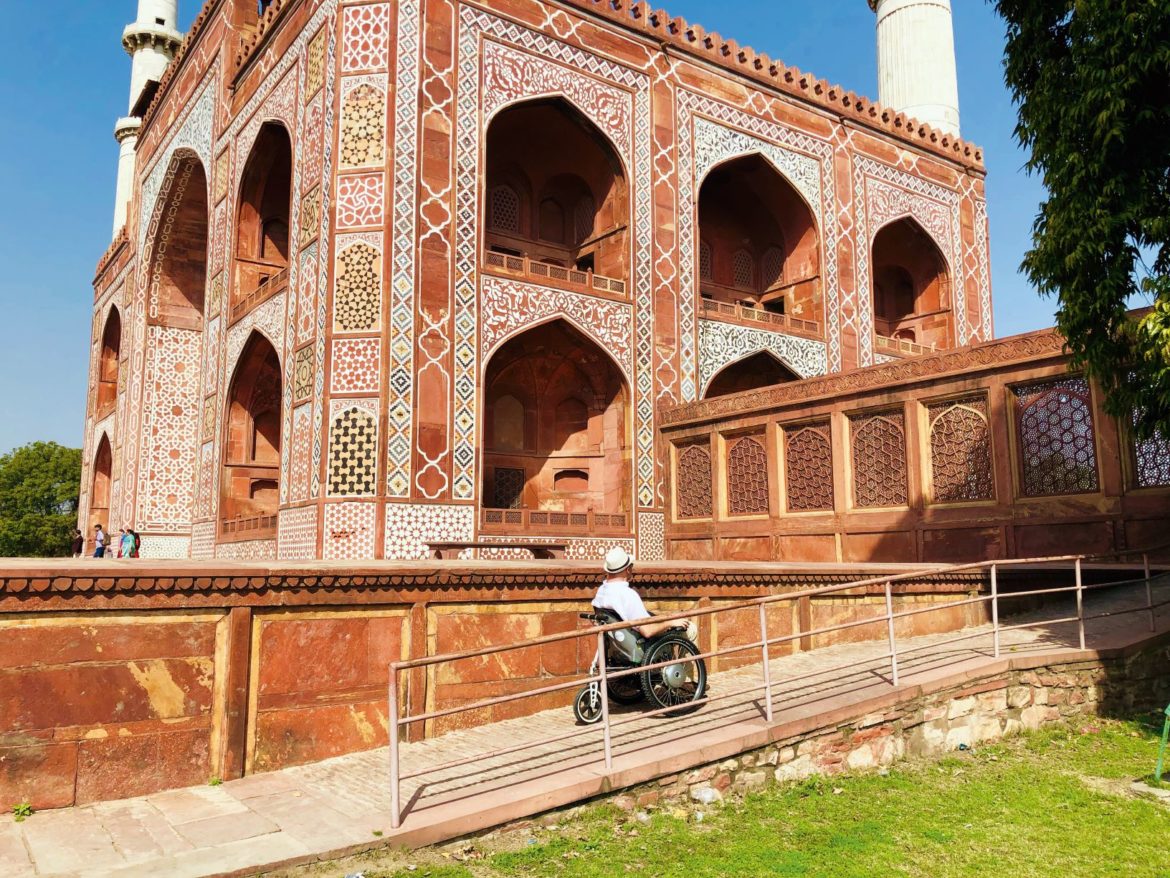 It was 1989, my first visit to India. I shielded my jetlagged eyes from the glare of the midday sun. My white Bristol taxi bumped down the freeway from the airport towards central Delhi. Suddenly the driver jerked the steering wheel to the left; a cow ambled towards us in the fast lane. After narrowly avoiding the sacred beast, normal service was resumed and we continued our drive towards Delhi.

For me, that trip to India was a unique blend of the everyday and the fantastic. And the cow incident was a perfect example of the sorts of things you experience only in India. 30 years later, I reflected on that first visit to India as my wife Justine picked up our bags from the airport luggage conveyor belt. The juxtaposition of the mundane and the fantastic was exactly why I had wanted to come back.

“India has changed so much” everyone told us in the weeks before we set off on our month-long trip. Well, yes, it has undoubtedly been dragged into the 21st century, particularly in regards to technology. In many ways, India is as advanced as many countries in the developed world. For example, the street-food vendor by the side of the road could easily have put down his mobile after a successful trade on the NASDAQ.

As Justine and I rolled out of the airport, we were hit by the magical realism of India. In front of us loomed the frowning figure of an Indian soldier with a semi-automatic machine gun on his hip.

“Sorry sir, you can’t go back in there,” he grunted.

“But our guide hasn’t turned up yet – he’s stuck in traffic and I really need an accessible loo,” was my reply.

So for the next 2 hours we waited for a bathroom break while our helper Goutam and his driver persevered through the Delhi traffic to collect us.

Goutam accompanied us throughout our entire trip. He was there to take some of the strain off Justine by pushing my powered wheelchair when necessary and loading and unloading it from our car. Our driver was Guru, an effervescent, highly skilled, cheery man who accompanied us for more than half of our journey until we needed to fly from Jaipur to Udaipur.

4 hours after landing, we checked in to our hotel and I was able to use the loo. At check-in I’d been so desperate to get to our room that I hadn’t been bothered to argue about the extortionate wifi costs the hotel wanted to charge us. Hey, this is India and we are foreigners – some things don’t change.

The next morning we woke to the sound of eagles crying as they swooped through the city mist and were pleasantly surprised by the quality of the breakfast at our hotel. After breakfast, we were introduced to the first of our excellent guides: Ahmer, a writer who supplements his income with tourist dollars. He led us on a tour of the main sights of Delhi. After visiting Humayun’s tomb, Qutub Minar, Bangla Sahib, Old Delhi, Red Fort and Parliament, it was clear to us that the Indian Tourist Board takes the issue of accessibility to its public monuments very seriously, and has invested accordingly.

Before this trip, I had promised myself I would take photos of every ramp I came across to tweet later. I’d imagined that India’s newfound attention on responsibility and being more inclusive meant there would be a few ramps – but Justine and I were both taken aback by just how many there were! They were available at every turn, apart from where the laws of physics dictated otherwise. Many were sensitively integrated into monuments; some were temporary; occasionally some were crude additions to an otherwise beautiful building; a few didn’t strictly adhere to building codes. Altogether, it put developed nations to shame. I don’t know whether the level of access was driven by a commercial imperative to attract more visitors, or if a sensitivity to those who find it more difficult to get around is hardwired into the Indian DNA. But here is a country that, despite the obvious challenges, made every effort to make the mobility-impaired feel part of the party in its public buildings.

On the few occasions where a ramp had been overlooked or would have been impossible to install, India’s population of 1.3 billion means there is no shortage of muscle to lift a wheelchair over an obstacle. And I was surprised by just how eager, helpful and welcoming the locals were. It wasn’t just the hope of making a few rupees (although clearly that was an unsaid expectation) – there was also an obvious desire to make everyone feel included. They wanted to make the experience pleasant, and they were proud to show off the welcoming side of India.

After leaving Delhi, we had similar experiences in Agra and Jaipur, the other 2 corners of the “Golden Triangle” tourist circuit. All the main attractions (including the Taj Mahal) have been made accessible where possible.

As we expected, things became more challenging when we headed to the less touristy Udaipur and Varanasi – but even then we were surprised. For example, much of the breathtaking Udaipur City Palace complex is wheelchair-friendly because a previous Maharajah was a wheelchair user. Here, an original 1920s lift is reached by the most majestic ramp I have ever seen.

But, don’t get me wrong, travelling through India in a wheelchair wasn’t always a bed of roses.

I imagine that everyday life for wheelie-using residents would be very challenging, largely because the issue of access is a long way down the list of societal needs that should be addressed. Generally speaking, the Indian-built environment is simply not conducive to wheelchair use, nor do most private businesses have anything approaching flat access. Consequently, venturing out of the bigger hotels for an off-the-itinerary meal relies on prior research conducted by your tour operator or guide. And, for the most part, accessible venues are thin on the ground. On the other hand, many hotels are like palaces (in fact some were palaces), so it’s difficult to resist the temptation to stay put.

On the subject of hotels, if you usually find yourself struggling for space in hotel rooms, you will be delighted by the size of Indian accommodations. Unless you are travelling on a very tight budget, bedrooms are generally cavernous. And roll-in showers are frequently available if requested in advance (double-check this with your guide or tour operator before arriving).

The experiences we had in one tiny part of this vast country exceeded every expectation, apart from in one area: air travel. In our experience, wheelies with powered wheelchairs should at the moment avoid domestic air travel in India, travelling instead by road if they can.

As wheelies, we are accustomed to arriving at airports early to catch flights. In India, you need to turn up at least 3 hours before you fly for even the shortest domestic flight. We took three internal flights – one we boarded by the skin of our teeth, on another – for the first time in 19 years – I was charged excess baggage for my wheelchair. I think it’s the security worries, the fact that there are no universal procedures, the sheer unpredictability of everything and the lack of English that makes flying in India more stressful than in other countries.

Our final flight saw us arrive in Varanasi, a city some say most represents the “real” India. For others it is the spiritual capital of India, a city that draws Hindu pilgrims who bathe in the Ganges River’s sacred waters. The celebrated author Arundhati Roy wrote “Never forget your own insignificance … and the vulgar disparity of life”. Varanasi forces you to face these feelings head on.

Pilgrims need to navigate many steps down to the bathing/worshipping ghats that line the river. This presents challenges for wheelies. If you are flexible, resourceful, willing to be carried and not reliant on a powered wheelchair all the time, it is definitely worth getting down to the river banks and making the most of being in such a spiritual destination.

Overall, travelling in India, whether in a wheelchair or not, is a spiritual experience. In most instances, physical obstacles can be overcome, and I would urge any wheelie with spirit to give it a go.

Max Burt is the founder of WheelEasy. Check out their website here.