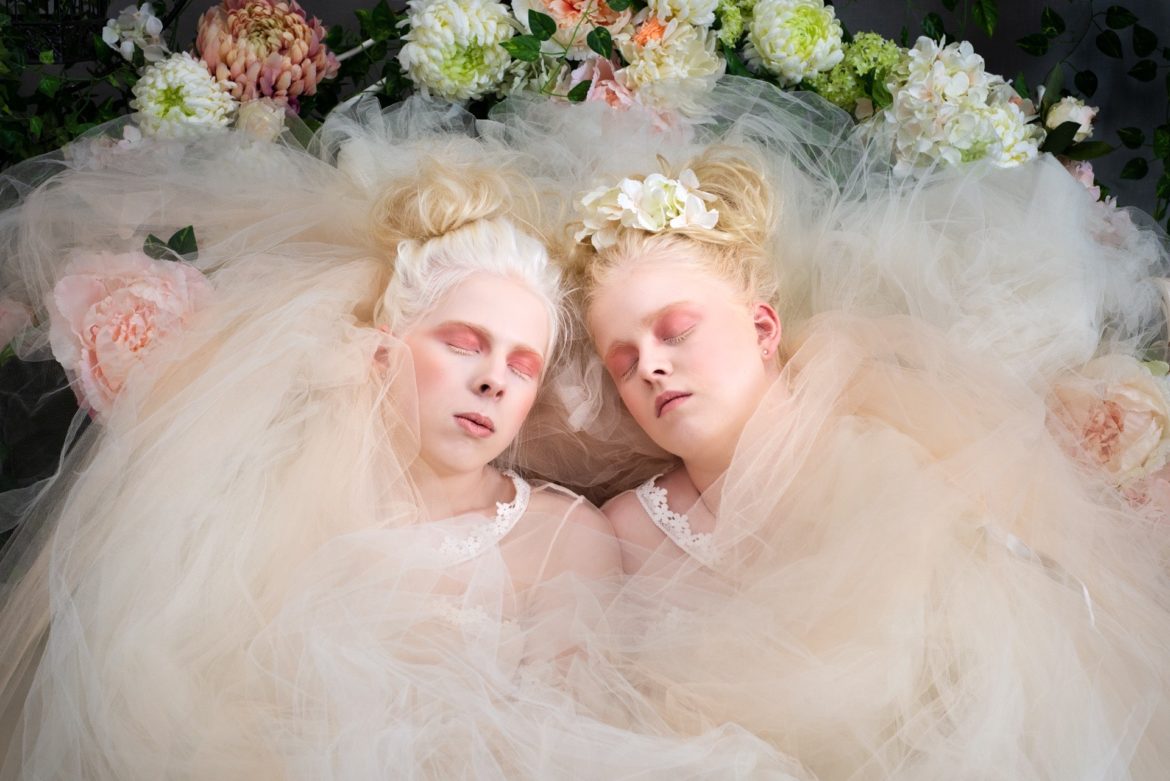 Lucy And Sammy Aren’t Just Doing It For The ‘Gram

Lucy Carpenter and Sammy McCombe have long been fans of fashion and photography. Friends since they met on a Guide Dogs camp in primary school, you might recognise the Victoria-based pair from their well-known Instagram account. We chatted with Lucy and Sammy about their favourite travel memories, living with albinism, and how @lucy_and_sammy came about.

“We decided that we would create an Instagram account together,” says Lucy, who is in Year 12 and older than Sammy by two years. “[We wanted] to blend our love for fashion and social media with trying to raise awareness that ‘different is beautiful.’”

“From what I remember,” says Sammy, “it was during the summer, which is the hardest time for us with our fair skin. All our friends are in bikinis at the beach and it is really hard, especially with social media because you see all of that. So Lucy came over one day to give me a bit of company and we just decided to start up a page. It was all for fun… None of our friends even knew until we were on the news!”

Albinism is a genetic condition that is passed on through a recessive gene. There are multiple types of the condition, which affect people differently. Both Lucy and Sammy have a type of albinism affecting the pigmentation in their eyes, hair and skin. For Lucy, this causes very low vision – she is in the legally blind range – and means her hair and skin don’t produce any melanin or colour.

“Between the two of us, our vision varies,” she says. “No one with albinism has the same level of vision impairment. For me personally, the main thing is low vision and sun sensitivity.”

“The way I describe my vision in particular,” says Sammy, who also stresses it is different for everyone, “is to say that you could read a stop sign from 60 metres and I would have to get six metres away to read it. But it is hard to compare my vision because I’ve never had it any different!”

Their friendship – on and off social media – has had an important impact on Lucy and Sammy’s lives since their first meeting at the Guide Dogs camp.

“We just kind of clicked,” says Sammy. “I remember we switched outfits and pretended to be each other. We were pretty inseparable at  that camp. It was really good for me to have someone like that, an older role model. Lucy definitely got me through some hard stages with going to school and feeling different.”

Lucy speaks equally as fondly of Sammy and the confidence they have boosted in each other.

“A lot of the representation of albinism that we see is from older people that we know with albinism. It is really nice to have someone [living] so close to you, who’s around your age also going through similar things. Not a lot of people have that when they have a rare condition. It has brought both of us out of our shells.”

No stranger to overseas or interstate travel, Lucy urges anyone with albinism or a similar condition not to let it dictate their plans. “Don’t let it define where you go or how you travel. There’s always a way to overcome things.”

She names a language tour she took with her school to Indonesia aged 15 as an incredible travel experience, despite the challenge of travelling without her parents.

“One of my highlights was when we were staying in a hotel in the jungle in North Sumatra,” says Lucy. “One day we went on a six-hour jungle trek which was very challenging. It had rained the night before so it was muddy and slippery and there were animals that we had to be aware of. Obviously my teachers and peers were really helpful but it was hard for me. I completed four hours of that trek and that was a really big achievement for me. I’m quite proud that I was able to overcome it and complete as much as I could.”

It is Papua New Guinea, where her grandfather lived and worked and her father was born, that has left the strongest impression on Sammy. She was amazed by the overwhelming warmth of the people she met travelling on outer islands. Closer to home, Sammy picks childhood visits to Queensland with her family as a favourite travel memory.

“I’ve always been a bit of a daredevil,” she says, “so when we went up to the theme parks, I would just go full-out on the rollercoasters. Little eight-year-old me on the Tower of Terror!”

Both Lucy and Sammy hope to do a lot more travelling in the future. A self-confessed ‘city person’, Lucy is drawn to the immense scale and busyness of Japan, while Sammy places France at the top of her bucket list.

“Travel wherever you want,” urges Lucy. “You just have to be confident in yourself as a person and advocate for yourself.”

Sammy echoes the sentiment. “Don’t give up. All it takes is practice, just don’t give up!”

Lucy and Sammy both spoke about how invaluable their phones are when travelling.

Excluding her cane, Lucy considers the apps on her phone her most important tools for travel. “There are a bunch of apps I use,” she says, “even apps that will take in my location and tell me what restaurants or movie theatres are nearby. I can’t see what’s in front of me, like what shops there are, so I rely on my phone for pretty much everything.”

“Download the PTV App (Public Transport Victoria),” Sammy recommends. “That’s helped me a lot; it gives you a really good idea of what trains are where. There are a lot of apps like that. BlindSquare is like Google Maps but it describes things really well; it’s all audio.”