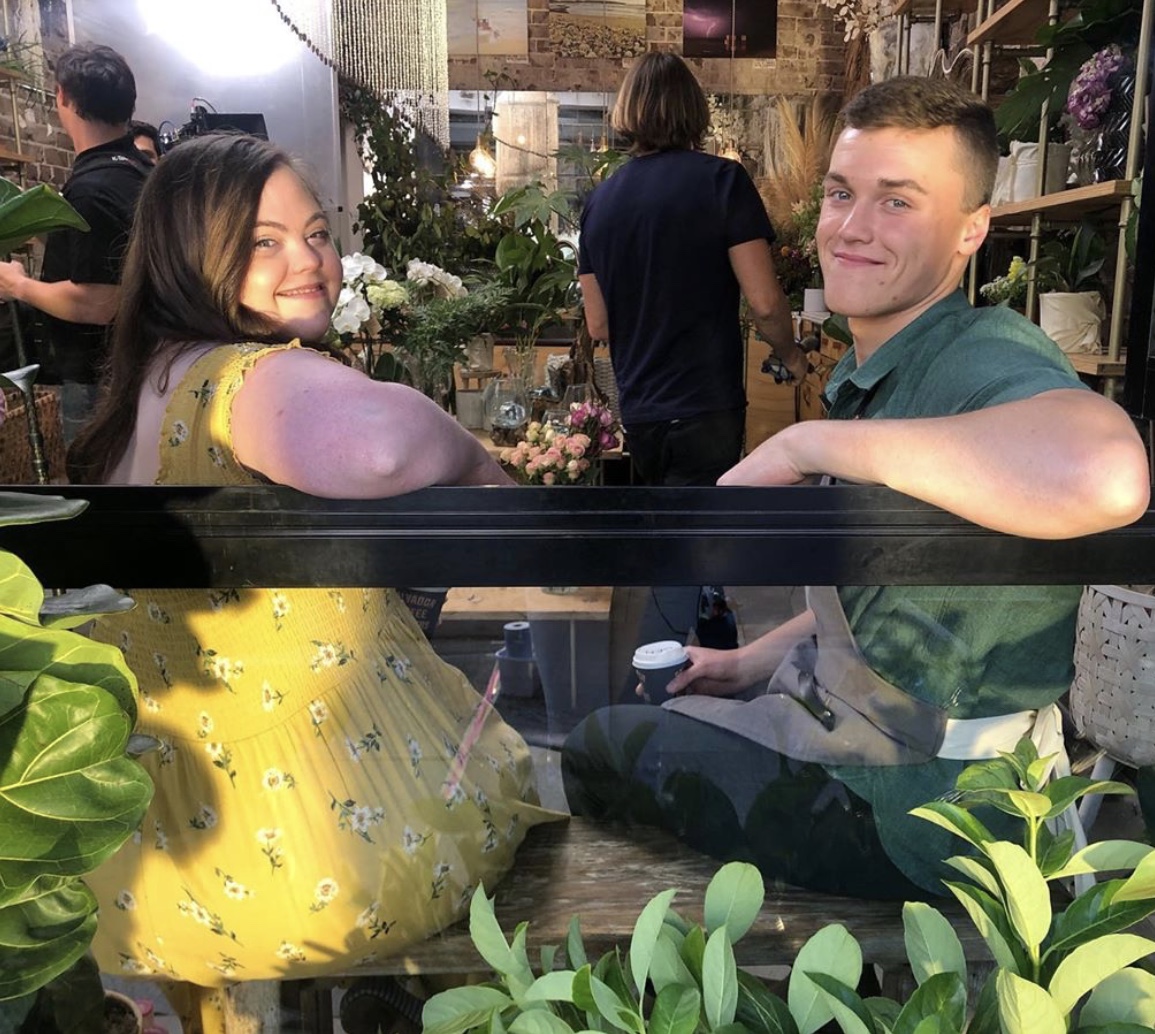 Grab your hot chocolate and blankets and then join us on the couch! It is shaping up to be a chilly week ahead, perfect weather for staying in and enjoying the stellar line-up of the 2020 Melbourne International Film Festival.

Adopting a different guise this year, Melbourne International Film Festival will be available to watch online in your own homes until August 23rd.

This year’s offerings include several short film packages, which you can stream for free. Our hot pick is the 7-minute short film Not a Wallflower, produced by inclusive production company and workshop Bus Stop Films.

We were lucky enough to speak to experienced actor, screenwriter and film-maker Audrey O’Connor, who stars in the film alongside Ben Howard and Mandy McElhinney. Audrey told us we could expect some laughs and a story about “finding love,” set in a florist’s shop.

“I love the film because the storyline feels so true,” says Audrey. “When I auditioned for it, it felt a lot like me. Not a Wallflower is about being on the sidelines, wanting to move forward. About empowering yourself to make a stand.”

Audrey has been passionate about drama since the age of 6. She starred in her first short film, Yolk (2007) when she was 15. She has pursued theatre and film-making ever since, including involvement with Bus Stop films.

“Bus Stop Films is a great community,” Audrey says. “It has a lot of diversity, a mix of people with disabilities. The tutors teach us about film-making, in different categories… from editing to camera department, we learn about production and post-production.”

An advocate for the disability community, Not A Wallflower is a story that felt important for Audrey to tell.

“I want people to know that people with disabilities can find love,” she says. “It might look a bit odd or [different] to them, but we can find love.”

Keep an eye out for more upcoming projects from Bus Stop, including another film starring Audrey which is currently in production. See Me was in fact inspired by Audrey’s experiences of bullying at school and will be released next year.

Click here to read more about Not A Wallflower and Bus Stop films.

U City Adelaide is the place to be