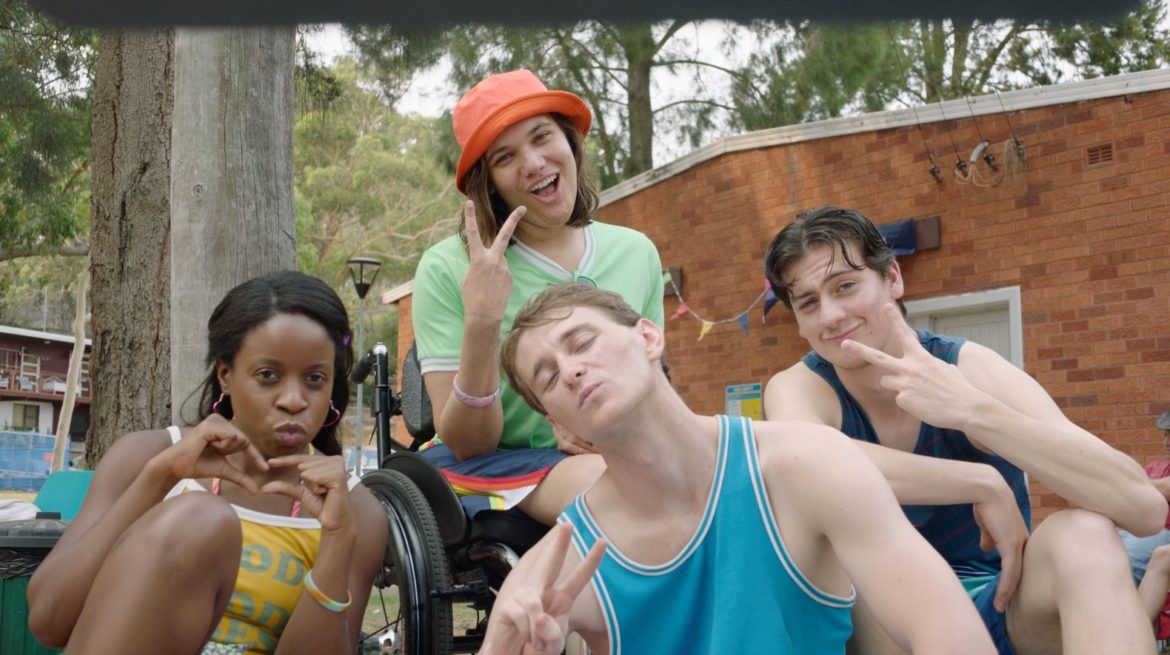 Now that winter is well and truly upon us, it is perfect weather for cosying under the blankets and watching a movie. What better way to conquer travel restrictions and enjoy new cultural experiences than being transported by a good film?

Launching online next week on the 10th of June, Sydney Film Festival certainly has good timing. This year, Create NSW and Screenability Filmmakers Fund have supported the production of three awesome Aussie short films. Groundhog Night, Diving In and Safety Net will all premier at the festival. We chat to Emily Dash, writer and star of Groundhog Night, and Adam Bowes, co-writer, co-director and star of Diving In about the release of their films, the representation of people with disabilities on Australian screens and, of course, a bit about the role travel has played in their lives.

“My film Groundhog Night is a comedy-drama film about the impact that disability can have on family relationships,” says Emily Dash.

“I wanted to make a film that was just about a family dealing with the ups and downs of life, where one of the characters happened to have a disability.”

Groundhog Night tells the story of Gary and his daughter Jess, who uses a wheelchair. Things go pear-shaped when the parents of Gary’s late wife visit unexpectedly and stay the night. Read more and watch the trailer on the website here.

“I hope that people are entertained and I hope that [the film] makes them think about disability in a way they might not have before,” says Emily.

“On another level, I really hope that the disability community sees themselves represented within it. Someone might see it and want to be an actor or a writer themselves – then my job is done.”

Adam Bowes, who was a Paralympic Swimmer and seven-time record-breaker when he was younger, drew loosely from his own memories when co-writing Diving In with Nina Oyama.

“That whole camaraderie with friends – sitting around in a park eating hot chips at a swimming carnival – there’s an otherworldliness about it. It feels like a different reality.”

Diving In is set in the early 2000s and is about competitive teen swimmer Alex. When he falls head over heels with Jen, who works at the local pool, his friends pull a prank that sends Alex on a wild chase all over town. Watch the trailer on the SFF website here.

“We wanted to write a story that was all about love and finding love,” says Adam. Audiences can expect a lot of humour and a lot of action, including a couple of “Matrix moments.”

The involvement of Screenability and Create NSW were key in the making of the short film.

“Screenability is a platform for disabled filmmakers, writers and artists to get their story out there and their voices heard,” says Adam.

“There are so many films made from the perspective of an able-bodied person, or with able-bodied people in the roles of people with disabilities. It is incredibly important for disabled people to tell their own stories.”

Emily agrees wholeheartedly, and is a big advocate for authentic representations of disability in creative industries.

“Initiatives like Screenability help us speak about disability and the experience of disability on our own terms,” she says.

Adam is really looking forward to sharing Diving In with audiences, despite the fact that Sydney Film Festival has had to adopt a virtual format this year.

“It is different but still really positive,” says Adam. “We’re able to showcase to a potentially wider audience and get more eyes on the film, which is fantastic. I hope people tune in, get something out of it, have a good laugh and enjoy it.”

When it comes to travel, Emily and Adam each name New York City as their top destination. A self-confessed musical theatre nerd, Adam loves the experience of Broadway. On his first trip to the USA, he was outside a Mamma Mia! stage door when the lead, Elena Riccardo, came out and invited him back stage. “It was the most surreal experience!”

New York holds similar appeal for Emily, whose theatrical background also endeared her to Broadway. She also loved visiting Maui in Hawaii with her family and says that taking trips together has always been an important bonding experience for her close-knit family.

In terms of accessible travel tips, Emily advises planning ahead and knowing what you want to do in your destination.

“But by the same token,” she says, “a great part of travel is spontaneity. A lot of people with disabilities can’t always be spontaneous, so if you do have the opportunity to go and travel, know that it is not going to be smooth-sailing. There’s beauty and fun in that.”

Both Groundhog Night and Diving In, as well as the third Screenability film in the festival, Safety Net directed by the award-winning Anthea Williams, will be released on the Sydney Film Festival website on June 10th. They can be purchased for $5 as part of a triple-bill Screenability package with bonus extras, or for $14 alongside the other short films featuring in the festival.