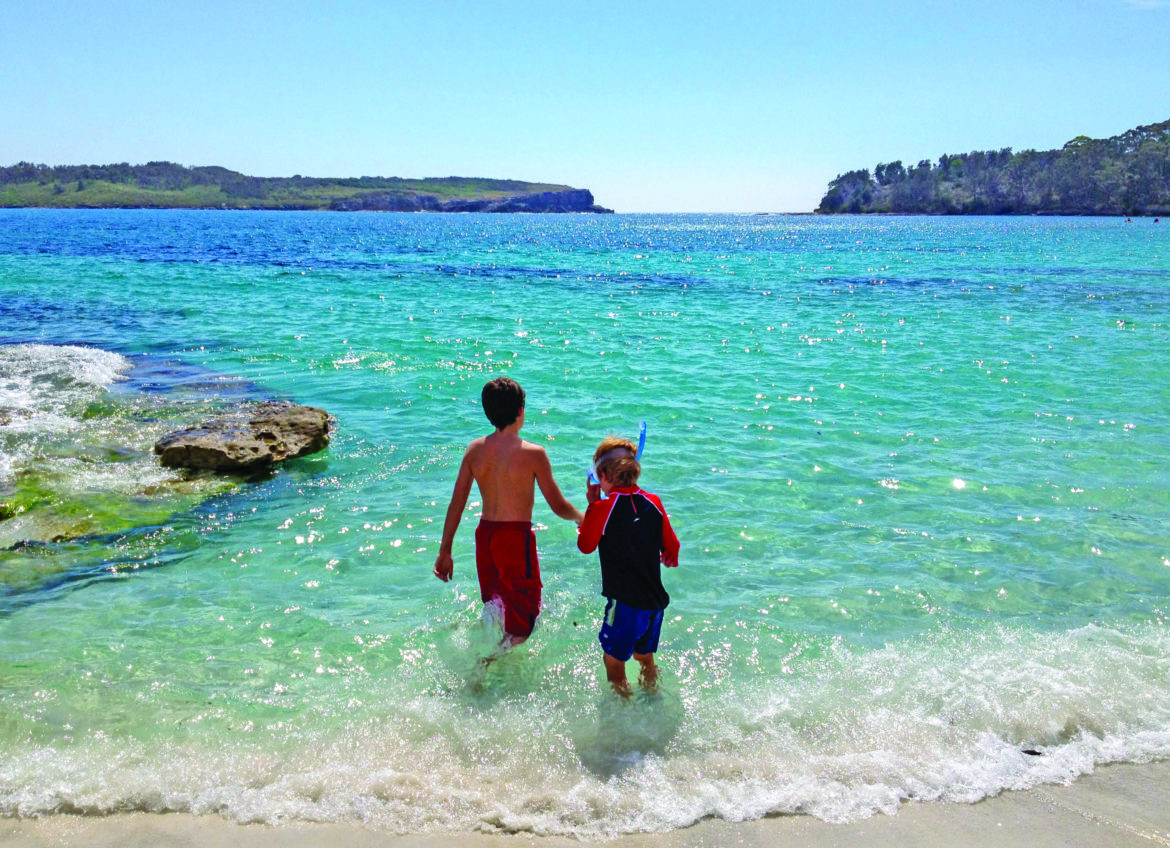 “There is a different feeling at the beach and she’s just so happy. At the beach she can run without knocking things over or running into people. She feels free at the beach.”

It has taken trial and error, but Vivienne Dimmick has found that sensory-friendly beach holidays work best for her daughter Dorothy, who has autism and cystic fibrosis. And Vivienne is not alone. A holiday on the coast works well for many families who have a member on the autism spectrum.

Going to new places and travelling in new ways can be highly stressful for children with autism spectrum disorder (ASD), and for teenagers and adults too. A preference for safe, familiar routines and a distaste for novelty is entirely understandable when sensory reactions are not typical.

It is not surprising that the words ‘holiday’ and ‘disaster’ often go side by side, especially before an autism diagnosis has been confirmed. This was certainly the case in my own family, when our oldest son was a baby and a toddler. We would pack up and head off optimistically for weekends in exotic locations, just as my husband and I had done before he was born. Parenting fail!

Our son loathed being stuck on our knees in an aeroplane or in his car seat on long drives. He longed to run free and this never went down well with the flight attendants. Once we arrived, bedraggled, at our destinations, he would simply never sleep. We spent many sleepless hours wheeling him around hotel corridors in his stroller.

After our son’s autism diagnosis, sensory-friendly beach holidays became our regular escape. We stayed at the same house at Jervis Bay for 10 years as the children grew up.

Vivienne and her family had similar early holiday disasters, with a plane trip to visit grandparents at Hervey Bay standing out in particular.

“Dorothy sat on my knee and she screamed all the way there on the plane,” says Vivienne. “She was red in the face and so distressed. I had taken sticker books and games but nothing worked. Once we got there, she would not leave the house. She did not sleep at night, it was a nightmare.”

Nowadays, Vivienne and her family take regular holidays to Pearl Beach, just one hour north of Sydney. They stay at the same house each time.

“Pearl Beach is a small village and people are friendly and they know us well now.  The sea there is usually calm, though we can find waves at other beaches if we want to.”

Staying at the same beach house has been a huge help for Vivienne and her family. She recommends seeking out a property with plenty of space.

“If you have a few children, then getting a house with two living areas is best,” Vivienne suggests from experience. “Dorothy watches videos on her iPad in one area, while her twin sister and older brother watch their programs or play games in the other living area.

“The house has a cabin out the back. Sometimes one parent can sleep in the cabin for a guaranteed good night of sleep. Also, friends can stay there, or sometimes we have taken a support worker who has stayed in the cabin.”

The familiarity of returning to a favourite destination makes a holiday special for every member of the family.

Bronwyn Orsatti, her husband Nick and their children, Marcello, 13, and Lucia, 10, have turned holidays at Forster (on the NSW mid-north coast) into a tradition. Bronwyn went there as a child, and so did her mother before her.

“It’s not home, but it feels like home,” says Bronwyn. “There is a lovely, supportive community up there. The kids know it really well and even though they cannot talk, they make their happiness known. Every time they see the bridge into Forster they get so excited.”

“Forster is a great area because of the Wallis Lake which has pretty calm waters,” she says. “Marcello loves to swim in the water. Lucia likes to paddle and play and dance around on the edge. The local pool is good too.”

“We also do some bush walking. You can go out on the lake on boats or go kayaking, waterskiing, sailing, and dolphin watching.”

“We belong to the local club up there and it is really family and autism-friendly. There is a great quieter area upstairs. They are lovely, accepting people there.”

“You need to be clear what your criteria are. My kids are absconders so I need to be able to keep them secure in a property. The latest place we stayed at had a good backyard. Under the deck was an enclosed area with hammocks and a pool table. Marcello loved it there. He could have a bit of his own space and he had his sensory needs met there. We could hear him when he was there so it felt safe.”

“Before you book a place, talk to someone who knows the property well,” Bronwyn suggests.

Bronwyn has also found a local support worker in Forster. They were connected via local families who Bronwyn met through online groups and who also have kids with autism.

“[Our support worker] is a teacher’s aide at a school. She has spent a few hours with us. An extra pair of hands makes such a difference when you have two children with additional needs, especially at the beach.”

“One of the advantages of going to a place regularly is that you can build up these relationships.”

When it comes to sensory-friendly beach holidays, my own family recommends avoiding peak season. This is mainly to escape crowds but also to cut down on costs. We know smaller families who have shared a beach house which is also a more affordable option. Holiday parks in seaside towns can also work well, especially for more sociable children who might find friends with whom to play.

With children, and especially with an autism diagnosis, the great pleasures of familiarity can be savoured, creating sensory-friendly beach holidays which are truly relaxing for all members of the family.