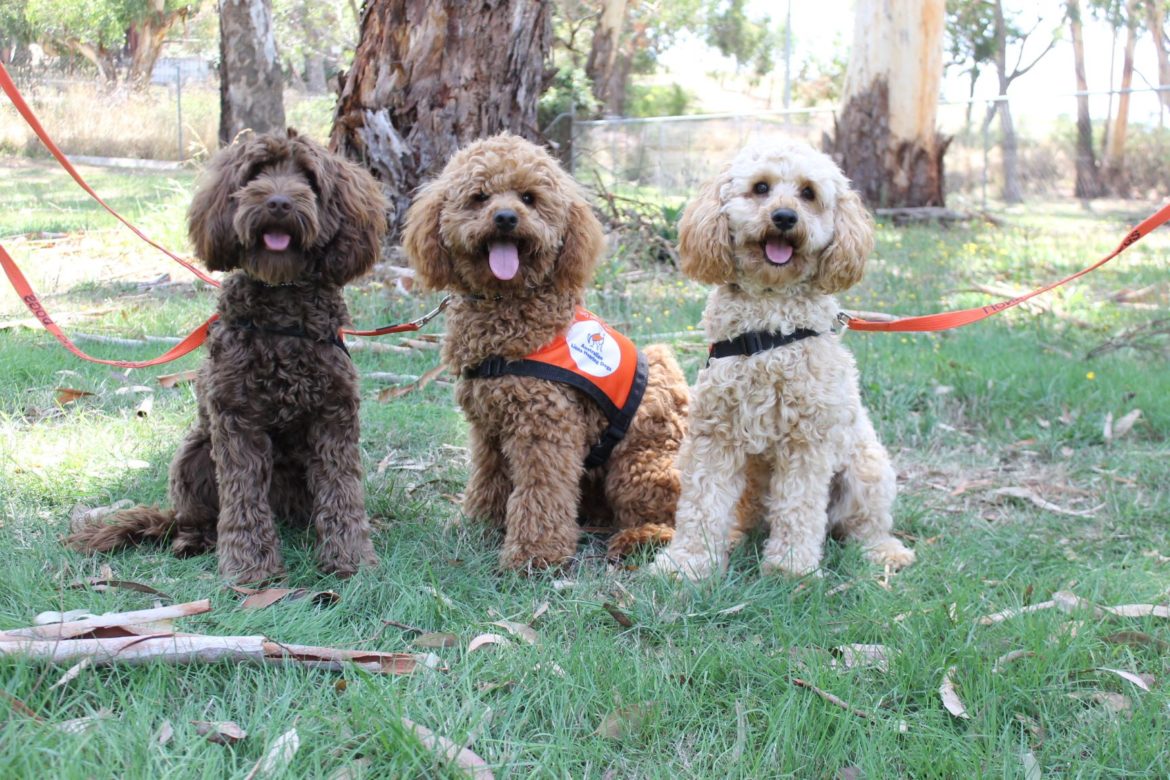 Top tips for travel with a hearing dog

Lovingly labelled “the furry ears for the deaf and hard of hearing”, Australian Lions Hearing Dogs transform the lives of their owners. They provide independence, security and confidence. One in six Australians live with some form of hearing loss, meaning these dogs are invaluable to a significant portion of the community.

From chihuahuas to Labradors, working dogs are trained to alert their owners to knocks at a door, mobile phone messages or the sound of a smoke-detector alarm, for example. Ted was trained to alert his owner to an alarm that sounded when the stomach-feeding tube of his owner’s foster daughter became blocked, which saved her life many times. Vader helps his owner Damon, a Western Australian father of three, to know when his baby is crying.

The majority of a hearing dog’s work happens in their home environment. When in public with their owner, they play the important role of making an invisible disability apparent to others. This alerts strangers that they may need to use a method other than their voice to communicate.

Most Australian Lions Hearing Dogs are sourced from pounds, shelters and rescue organisations, giving them a second chance at life. Money is raised by the Lions Club of Australia so that they can be gifted free of charge to those who need them.

Chris, who has a profound hearing loss, has had three hearing dogs since 1991. His current hearing dog, Tamari, has helped him with extensive travel in Australia and overseas. Chris fills us in on his experiences and top tips for travelling with a hearing dog:

I have travelled in Australia, New Zealand and South Africa with my hearing dog, Tamari. I believe that Tamari is the first and perhaps the only hearing dog to travel out of the country.

In New Zealand, we had a wonderful time travelling around the country and had very few problems. We travelled on an organised tour with a company that made access easier for my and my dog.

There was a lot more preparation and paperwork involved in travelling with Tamari to South Africa, including a vaccination against rabies. In South Africa I had a friend whom I stayed with and mostly travelled independently.

Research in detail all permit procedures. This includes both import regulations for landing in your destination country, and for re-entering Australia with your hearing dog. When returning from New Zealand, Norfolk Island and Cocos Islands, for example, dogs do not require an import permit to re-enter Australia but most others do. Many countries including Australia will not charge fees for assistance dogs, however you will need to pay vet fees.

Find out if there is an assistance dogs organisation that will recognise your dogs in your destination country. For example, I wanted to take my hearing dog to Singapore but found out that Singapore only legally recognises guide dogs for the blind and no other form of assistance dog.

It is worth carrying contact details and a letter from the assistance dog organisation of your destination country. Ensure this is in the local language, so that if you have problems they may be able to assist you.

Allow plenty of time before departure for paperwork. Applications for arriving with a hearing dog to Japan, for example, are lengthy and have tougher criteria than bringing a dog into Australia. Generally, following the Australian Government procedures for permit applications will take at least 7 months.

Don’t forget to inform airlines and airports that you will be in transit with a dog.Try to book all flights with the same airline as you will not be allowed to let the dog outside stopover airports.

Explore domestic destinations. I have travelled extensively in Australia and I’m pleased to say that the recognition of hearing dogs has improved since I got my first in 1991.

For domestic travel, I will only let the organisations that require ticket booking know that I have a hearing dog. These include airlines, trains and buses as they will often allocate an extra seat for the dog. With restaurants, for example, there is no need to let them know in advance.

Don’t forget creature comforts to treat your hearing dog. Tamari has flown on planes so many times that she is totally relaxed. Airline staff have commented to me that she knows exactly what she is doing and where she needs to sit. I often take her bed with her on the plane so she can be comfortable.

Have fun travelling with your hearing dog, and you’ll come home with great stories to tell! Once I was travelling on the Ghan from Adelaide to Darwin with Midge, my hearing dog at the time. The stretch from Port Augusta to Alice Springs is about 14 hours long. It has only one stopover halfway, in the middle of the night. With five hours to go before Alice Springs, Midge was busting to do her business. The driver gave his approval and stopped the train just so Midge could go out!

What to do in Canberra: Australia’s Bush Capital