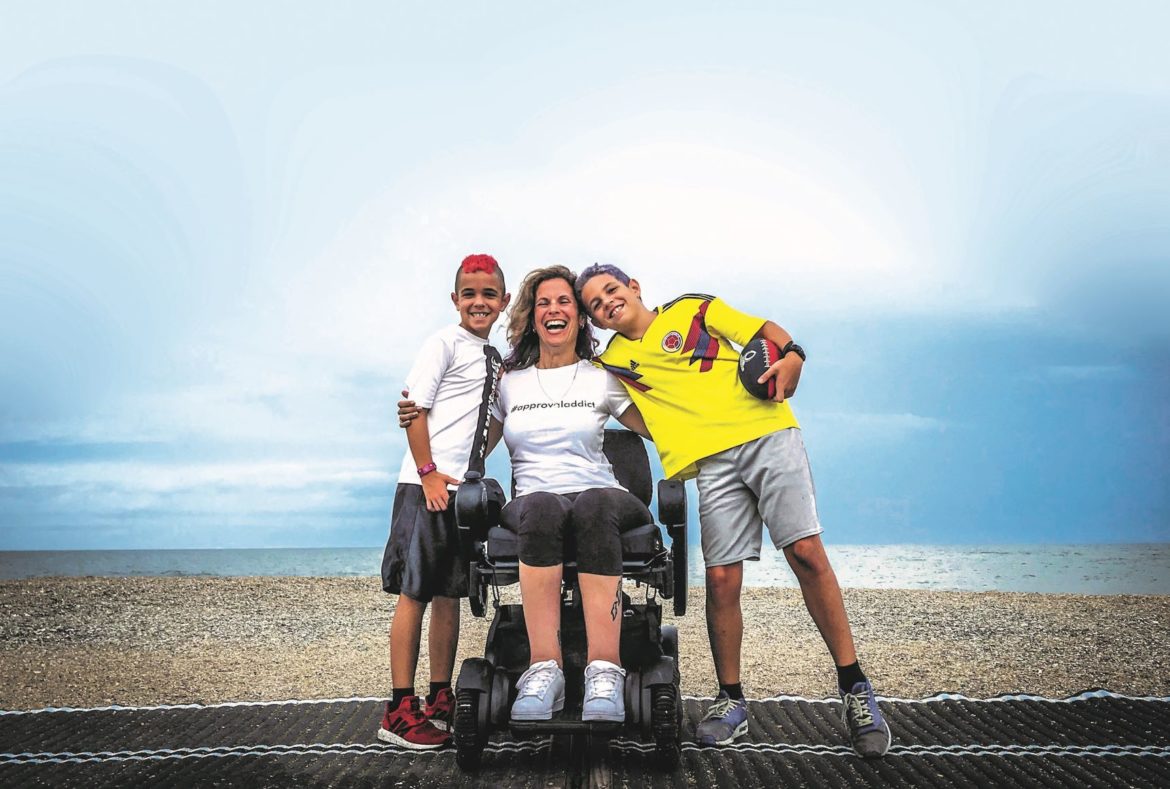 Nothing says summer holiday like a road trip! I live in the US, and road tripping with your family here is a tradition that’s as old as the first car. Ours is a really large country, and sometimes there’s no better way to see the nooks and crannies of small towns and stunning natural landscapes than by car. However, throw a family member in a wheelchair into the mix and things can get a little complicated.

In my little family, I happen to be the wheelchair user – and the driver. I am extremely lucky to be the owner of a wheelchair-accessible van, largely due to my status as a disabled veteran with access to grant money. My van represents my freedom almost as much as my wheelchair, allowing me not just to travel across the country but also do simple things like go to the store, meet friends for lunch or visit the hair salon. It allows me to live my life the same as people who don’t need wheelchairs.

As someone who works from home and sets my own hours, any day of the year is eligible for a vacation. However, summer breaks are especially meaningful for me because it’s when I have custody of my two sons, who live with their father during the school year. Starting around March of every year, I start the planning process for our summer. I pick out two or three week-long summer camps first, then start choosing a roadtrip destination.

Our roadtrips contain pretty much the same elements as those taken by any other family. We stay in hotels with bouncy beds and fluffy pillows. We stop in scenic and historically significant places. We buy way too much fast food, pick up snacks at service stations and argue over who is allowed to buy what packet at the shops. But what makes our roadtrips different is the hours and days and weeks of research and planning that have to happen before we even open the garage door.

As a professional accessible travel writer, I’m usually travelling a combined five months out of the year. Last year I flew more than 209,000km and spent 130 nights in hotel rooms across the world. If there’s one thing I’ve discovered in my years of travelling in a wheelchair, it’s that hotel designers don’t really believe that wheelchair users have families. One of the biggest challenges I come across each year is finding a hotel room where the 3 of us – or 4 of us when my mum comes along – can sleep comfortably, and where I can shower and use the toilet safely. I’ve managed up until now thanks to all-suite hotels that have rooms with separate bedrooms, but it usually comes at a very steep price.

My first attempt at a roadtrip with my kids was in 2017. My best friend lives about 9 hours away from me in North Carolina, and she has 2 children roughly the same ages as mine. The plan was to drive to her house, spend a few days there, then all drive together 2 hours west to an indoor waterpark for a couple of days. From there, my mum and the boys and I would drive back home to Central Florida. Fortunately, everything went well, but I definitely learnt a few things. The first is that driving 9 hours in one day is not a good thing for my body. At the time, I had an accessible Ford Explorer, which was really comfortable most days, but certainly not for 9 hours in a body that routinely deals with leg spasms. I also learnt that driving time for adults is definitely not equivalent to driving time for kids. They need to eat more frequently, go to the bathroom more frequently and definitely complain about the time more frequently.

In 2018, my answer was to visit a place that was a bit closer to home. I chose Atlanta, which is one of the largest cities in the US, largely because there are so many family friendly things to do in a relatively central area. We had an absolute blast! We visited Legoland Discovery Center, the World of Coca-Cola museum and the incredible Georgia Aquarium. Most touching for me was watching the boys play in the Fountain of Rings with dozens of local kids in Centennial Olympic Park.

I knew 2019 was going to have to be something special, or else I ran the risk of disappointing my boys, who were becoming more and more spoilt as travelers. To ease the pain of driving so many long hours, I decided to create an itinerary with several stops, with shorter distances between them. I also wanted my boys to learn something, in addition to having silly fun. The plan was to drive 4 hours to our state capital of Tallahassee and visit Florida Historic Capitol Museum. From Tallahassee, we would drive another 3.5 hours to Lagrange, where we would spend three nights at a brand-new indoor waterpark. On the way home, we would spend one night on beautiful Amelia Island.

Not everything went according to plan this time, but that’s what made it the best roadtrip yet. My original plan was to stop at a car museum in Tallahassee before heading north. That morning, it just sounded so boring, so I busted out my trusty Google Maps and decided to make a slight detour to one of the largest military aircraft museums in the country. I made sure that most of our trip did not include major highways, and we saw so many beautiful small towns in southern Georgia on the way to the indoor waterpark.

We also saw a huge peach and pecan plantation with an enormous visitors center, and my mum and I vowed to stop by on the way to Amelia Island. It was amazing! I had the best peach cobbler of my life and tried peach ice-cream for the first time. The boys got to enjoy the playground next to the store and even play on 5 old tractors.

We arrived at Fernandina Beach on Amelia Island just before sunset that day. It had been raining the entire day, and I was hoping it would stop before we arrived because I wanted to show the boys something special. Luckily it did, and I was able to take them out on a beach wheelchair access mat. It was their first time seeing one, and they thought it was pretty amazing that their mum could actually go out to the beach in her wheelchair. That was a really special moment for me.

The next morning, it was time to head home. I was ready for my own bed, but I felt like that special time with my kids was ending too soon. The important thing is that, as a mother in a wheelchair, this summer I was able to give my kids a very special gift: a normal childhood holiday experience.